Wedding at Thursday's on First & 3rd 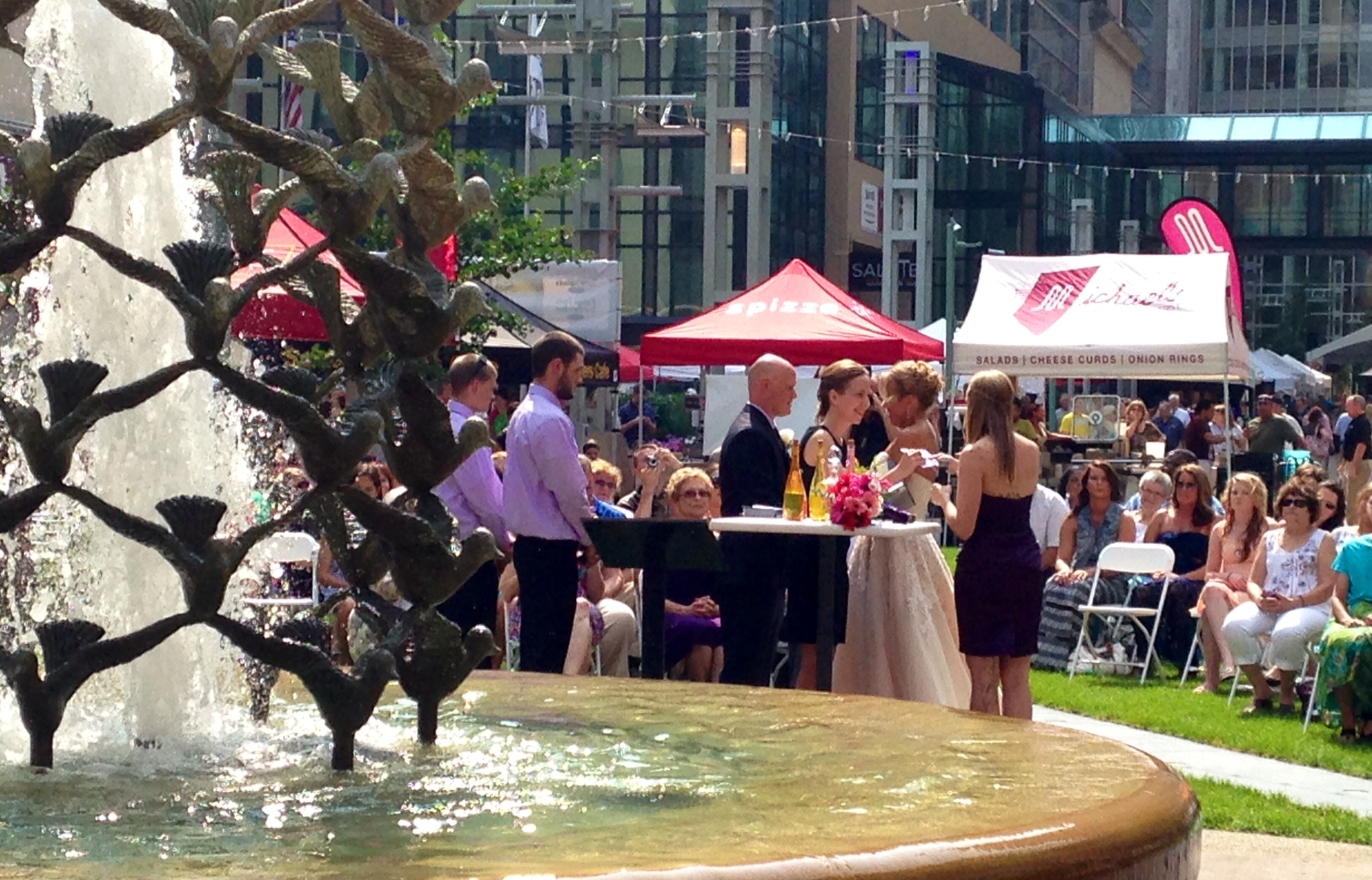 Thursdays on First & 3rd is an event that truly brings the community of Rochester together. For one couple in particular, this weekly summer event reunited the two after several years, resulting in a pubic wedding ceremony at the very location where they reconnected.

Tom and Tonya Wolter were the first to tie the knot at Thursdays on First held in the Peace Plaza on July 10, 2014.  They originally met one another twenty years ago while working at Mayo Clinic in Rochester.  The two went their separate ways, but met again 18 years later at the downtown event.

The couple started dating and eventually got engaged. They decided to marry and wanted to celebrate with the community where it all started. Surrounded by nearly 60 wedding guests and hundreds of event attendees, the couple felt it was meaningful to have the community as a part of their ceremony. As Tom Wolter said, “Why not celebrate with the city just like we did that night”. 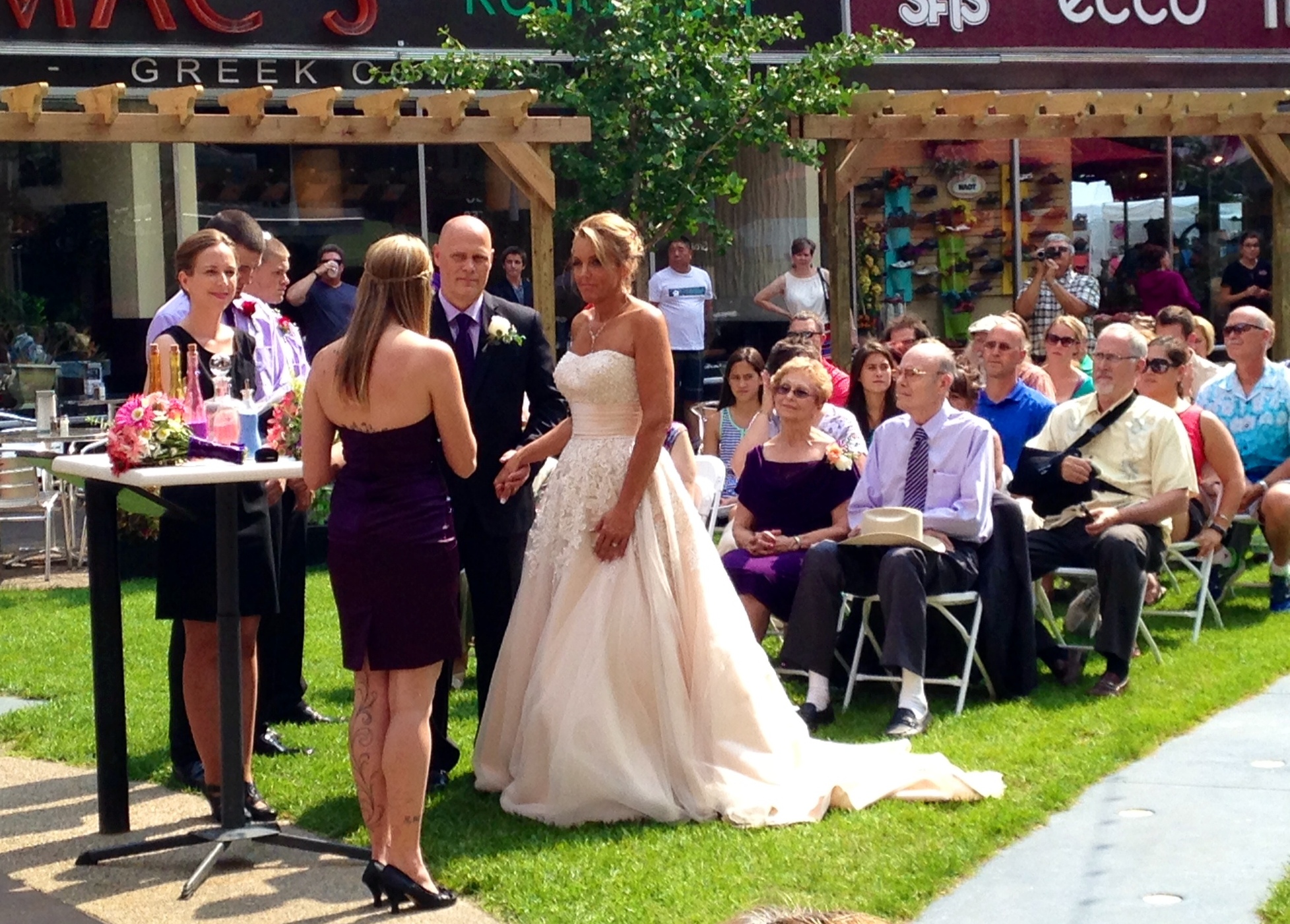 The Rochester Downtown Alliance staff was thrilled when the couple inquired about the possibility of holding their wedding ceremony during Thursdays on First. It had never been done before. It was a picturesque sight on a beautiful Thursday afternoon with the sun shining and the Peace Plaza Fountain in the background. The ceremony was well received by all who attended and created a memorable night for all.  This first-of-its-kind wedding celebration is another reason why “Downtown Rochester is -- the Place to BE!”