Thinking Thursdays: Henna All Over!

There are a lot of cool products you can get at Thursdays on First & 3rd-- handcrafted pottery, fresh food, hand-woven tapestries, beautiful paintings, and more. However, one popular take-away from the market isn’t something you can carry or hold; instead, henna body art is something you wear and lasts for days after the market!

There have been henna booths at Thursdays on First & Third every summer since it began, and it looks like they’re here to stay. Henna is a plant-based dye that can be used to create temporary body art. Traditionally used in India and a number of middle eastern countries as part of celebrations and rituals, the popularity of henna has now spread around the world. Check out some of the henna booths at Thursdays on First & 3rd!

Nazma Hoque has been volunteering and working at Thursdays on First & 3rd since the very first year, meaning that her booth has provided over a decade of beautiful henna designs for happy Rochesterites. A native of Bangladesh, Nazma is proud of the work she and her staff have done, especially their emphasis on quality and safety. Nazma believes their use of pure organic henna, natural essential oils, and safe body glitter is what makes Henna Carnival a great choice for customers. You can “trust our product,” she says. 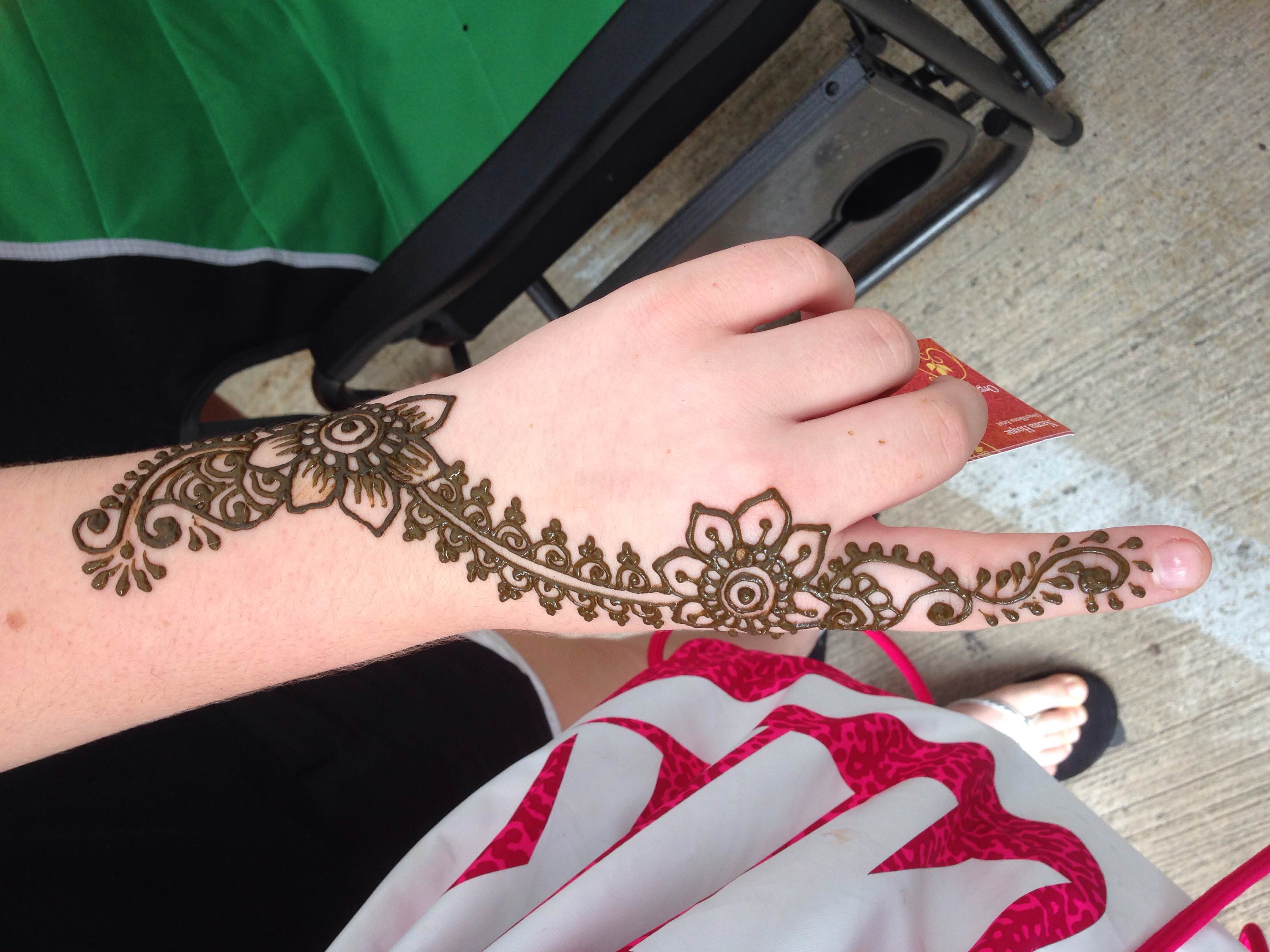 A part of her culture growing up, Ishrat Sharmin of Artistic Henna has been doing henna on family and friends since 1993 and has been doing henna professionally since 2009, which is the same year she started at Thursdays on First & 3rd. "Thursdays on First [& 3rd] brings unique talents and artists," Ishrat said. "...And I get to meet people from all over the world here." Ishrat mentions she has returning customers that seek her booth our from places like the Middle East, Canada, Australia and from the U.S. like Texas, Florida, and Montana. Also, it's all about doing a design that is important to the customer.

Kayley Dahle has run the Henna Hut since 2009, making this summer her seventh summer at the market. Despite her many years doing henna, you can still feel her enthusiasm and love for henna. She feels being at Thursdays on First & 3rd is fun because she gets to engage in making art with the crowd. One thing she loves about henna is the “idea of our bodies as canvases” -- you can pick a design you love and then two weeks later your canvas is ready for some new art. Kayley thinks that what sets the Henna Hut apart is the variety of small, simple, and modern designs they offer in addition to the traditional and more elaborate designs.

Nila Patel is a relative newcomer to the henna scene at Thursdays on First & Third, having started her booth in 2014, but her interest in drawing and henna began at a young age. Nila began drawing when she was in elementary school, and she is proud of being a self-taught henna artist who can do both traditional and modern designs. She says both the traditional and the modern designs are popular, and notes that this year, the collarbone and the inside of the wrist have been popular places to get henna design. Despite the presence of other henna booths at the market, Nila feels like there isn’t a competition between them. Instead, she feels like she competes with herself to become even better.

While it’s certainly not as permanent as getting a real tattoo, with these three options for henna tattoos, you are certain to find a booth that fits your personality and your price point.

Jane Funk is a blogger, educator, reader, and nap-taking enthusiast and is the guest blogger for the summer downtown Rochester blog series Thinking Thursdays with Jane Funk.